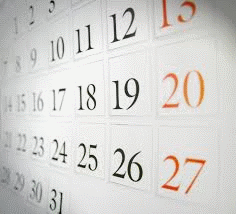 However, from database perspective (which is my personal favourite) I like storing date values as integers of YYYYMMDD i.e. 20160905 or 20000112 etc.

Of course [simple_tooltip content='Provided that there is more than one person reading this post, which is quite a risky assumption in general']many of you[/simple_tooltip] are going to disagree on the above approach and - depending on viewpoint - you will be either right or wrong but this doesn't change a thing. I like storing dates as YYYYMMDD integers regardless of your agreement or lack of thereof. Besides, as already mentioned many, many times before, this is my blog and if I decide to store dates as multiplies of [simple_tooltip content='Around fifty but there are many species in the kangaroo family so good luck! ']an average age of a kangaroo in quarters[/simple_tooltip] divided by seventeen, it is entirely up to me 😉

So let's get over it and see what we can do with such date representation.

We can surely check for primality of it!

Is today's date a prime number?

So when is the next prime date then?

How many prime dates are remaining this year?

It is worth mentioning that there's gonna be a twin-prime pair of dates mid next month: 19th and 21st of October. These do not happen too often. The next such occurrence will take place in March next year and then in September next year. Twice a year is rare enough to have a pint!