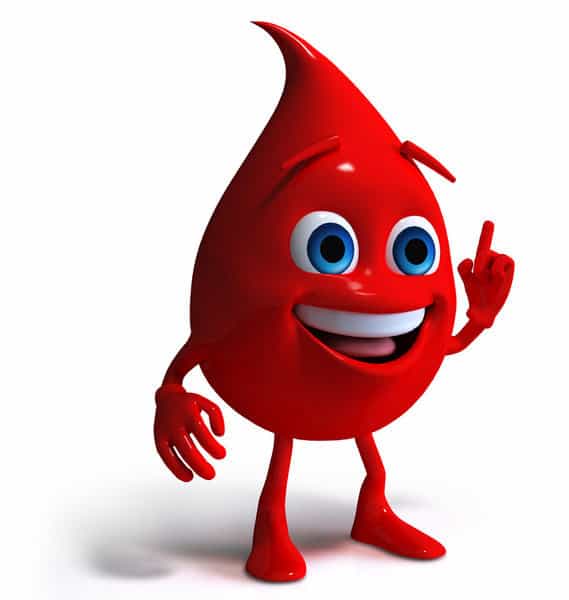 So, you think you know what "boring" means? You think you've watched some three hours of Parliament discussions about legal ways of composting farms' waste, and you got bored? Well, you haven't seen anything yet. The site you have just reached is the most dull, boring and useless part of the Internet. It is the place where, as we say back in Poland, mosquitos have their terminus and turn back. This is where dogs bark with rear ends of their digestion tubes.

Today's entry is about blood. Plus, rarity on this blog, it is in English. Or at least in something trying to miserably resemble English as much as an IKEA stool resembles Louis XVI. I'm a great pretender...

It has been slightly over three months now since I gave blood for the last time. So yesterday, around lunch time, I walked down the D'Olier Street to spend some time with the Vampire Department of Dublin, also known as the Blood Donor Centre.

It takes anything from 20 minutes to an hour to get serviced, depending on the number of donors, nurses, day of week, wind speed and political views and sexual orientation of the secretary. Yesterday it was quite quiet there and I was out really quickly. Plus, the nurse assigned to watch me in case I faint, apparently figured out that I wasn't a type of a chatterbox and she kept her banter to an absolute minimum so I could focus on my book. It took some 7 pages (I think) before the half-transparent plastic bag was full and they disconnected the IV set from my left arm.

It is the left arm most of times. They always want the right one at start but they quickly realize there are no easily accessible veins there and after some grunting and mumbling they eventually ask for the left one. Unless, of course, the nurse is really stubborn or over-ambitious, which results in at least two or three trials-and-errors before she (or, in some rare cases, he) finds it. Or gives up. The outcome is usually a big lump of purple-grayish thing under the skin which takes some three to five days to heal, and makes me look like I was bitten by a zombie so that I could play in a horror movie witout extra makeup.

Anyway, it was the left one yesterday.

Why do I give blood? I used to lie to myself that I was just a good person, and that giving blood was a good thing to do, and you helped others et cetera et cetera. But, as I explained it in another entry of this infamous blog, the real reason I started donating was that in the army (where I spent almost five years of my life) you were given a day-off for giving blood. And because each an every day off was a bit of a luxury (and, of course, also because of the chocolate), many fellows started donating. Some still are, me included. I get no profit from it at the moment so things must have changed since then and now I really believe in all those good things that come when you donate blood. Unfortunately, here in Ireland you get chips and cookies instead of a big bag of chocolate bars. And they suck 470ml out of you while in Poland it used to be 450ml (not sure though what it is now as the last time I donated outside of Eire was some ten years ago).

A really bad thing about donating blood was that most of it used to be sold to private pharmaceutical companies for peanuts. It didn't feel right, except of course for people who ran big pharma businesses and needed plenty of cheap blood to increase their profits.

I've heard things have changed now, for better. I guess we'll never get the full picture and, to be honest, I don't care anymore.

I also used to give plasma until about 9 years ago. I am not allowed to donate plasma here in Ireland because my blood group is too rare (one out od 120 people have it, on average) and so it would be "wasteful" to go with plasmapheresis. Makes perfect sense to me.

I used to give thrombocytes, too. Just once or twice, at an emergency, but still. It is sort of funny when you think of it: thrombopheresis requires both your arms needled and when your arm is needled around the elbow area, you cannot bend it (not too much at least), and if you get an itch on the tip of your nose, you have to ask for a nurse and she will scratch it for you. And if you get an itch around your... ah, well, you don't need to bend your arms to scratch there.

It is a good thing to donate. And it is fun (sort of). I have another donation already scheduled for the second half of December. Wanna go with me? Get in touch at giveblood@xpil.eu and let's go to the Vampire State Building together.

If you had to take an intelligence test before you could have children, the worlds population would be a lot smaller.~Shower Thoughts