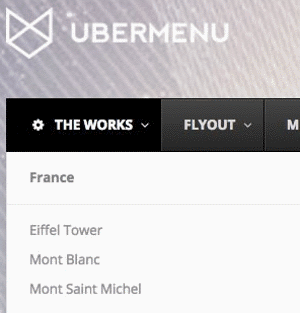 Few years ago I made a small purchase for my blog: a WordPress menu plug-in called UberMenu. A really nice, fully featured, with all the necessary bells and whistles menu replacing the dull and boring thing you get from WordPress by default. And it was working perfectly fine with the theme I was using at the time but at some point I switched to Magazine Premium (from Chris Bavota - great theme by the way) and I immediately found UberMenu to be the ugly duckling of the blog. Right now I can't recall what exactly the issue was but I remember spending a good few nights trying to make it work with the new theme and eventually giving up.

Now, few years later I popped in to the Envato community portal, where the UberMenu was purchased, and was offered an opportunity to rate the plug-in and to write a short note on it.

I gave it 2 stars out of 5 which seemed OK to me: I liked the plug-in a lot but since it wasn't working at all with the Magazine Premium theme, they should be happy for not receiving a single star instead. Plus, I mentioned in the comments that the menu was incompatible with the theme I used.

Few hours later I received an email from SevenSpark lads (the guys who actually created the plug-in) stating that there was no issue with the plug-in itself and that it is the theme to blame. And also that if I let them know the details behind the issue, they would help me to fix it, for no extra charge.

This is a fair point. While I don't think there's anything wrong with the Magazine Premium theme itself, I can understand incompatibilities between various pieces of software. No need to punish anyone here.

On the other hand, I am happy with UberMenu's alternative, the Mega Main Menu and I decided not to go back to UberMenu. "Dont't fix if it ain't broken", right?

However, I thought it would be a nice thing to do to cancel my 2/5 rating. I am a nice guy after all, why not spread some of it around?

Unfortunately, either because I'm stupid or blind (or, most likely, both), after some 20 minutes of frantic browsing of the CodeCanyon and Sevensparks websites I was unable to find the place where my comment and rating were left. Not a smallest chance. The CodeCanyon site is a dream when it comes to spending money but a complete clusterfuck otherwise.

So I went for the last resort and reopened the email from Sevenspark. I was going to reply directly to the email when...

No. I'm shutting up now and letting you see it yourself: See? I may not be the brightest match in the box when it comes to the English language but I have some basic grasp of... well, the basics. Isn't it interesting to be asked two completely opposite things in the same email?