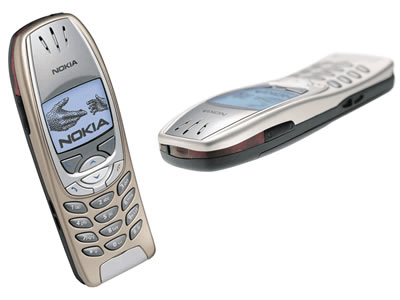 Somewhen in June 2010 I got my very first smartphone. It was a Samsung Galaxy S.

OK, to be completely honest, I used to use one or two Windows Mobile based phones since around 2006 but let's face the truth: Android is to Windows Mobile as is a Tyranosaurus Rex to a cow. Well, maybe except the fact that cows haven't extincted yet but let's not get diverged from the main topic...

So, I have been using smartphones since June 2010 and I became a loyal fan of Android-based devices. I wouldn't call myself an "Android fanboy" as I can clearly see advantages and disadvantages on both sides of the iOS-Android fence. But anyway, I joined the Android team and I wouldn't swap it for any other mobile OS.

Yes, five smartphones (three of which were SGN II) in three years. Why so many, you may ask? Well, it turns out that if there is some kind of an invisible being, running our world from behind his (or her) vast and hugely complicated control panel, he (or she) apparently does not want me to possess a single smartphone for too long. My first SGS has been stolen from me 2 weeks after I purchased it (some M*#&@^$%!# F%&$$#!=%$ simply snatched it from my ear and ran away on a bike). Then the three SGN IIs: the first one fell out of my pocket, gained a significant speed and then hit a curb. The second one fell down a table, hitting a stone, and the third one has never been unpacked as I started to feel afraid of the gravity-SGNII combination so I sold it straight after I got it from the insurance company. By the way, the insurance company lads do not want to speak with me any more, at least not for another year or so. Finally, my SGS IV followed its destiny and terminally hit a curb after falling off my pocket, some two weeks ago.

The last one was really like some kind of a deja vu.

I discovered an involuntary reflex action syndrome: every time when seeing a smartphone, I subconsciously try to match it with a nearest curb or a stone.

Anyway, after I lost my last SGS IV I finally understood that having a smartphone, however attractive and useful, is not something I am destined for. As one of my colleagues summed up: I am "smartphone-incompatible".

I started to dig deeper in my childhood memories and I finally discovered that two cans and a string were working for me like a charm - ergo, maybe I should just stick with an old stuff? Hoping for the best, about a week ago I purchased an old, full of scratches, ugly like a toad Nokia 6310i. No, this is not a typo: Nokia 6310i has been my phone since about a week ago and you know what? I am not going to swap it for any other communication device. The handset is some 11 years old, has more scratches than I have hairs (and belive me, I am far from getting bald... yet), does not have a camera or an MP3 player, or a fake spirit-level. No NFC, no loudspeaker. A terribly old (and incompatible with most modern protocols) Bluetooth module. No Facebook. No Gmail. No Twitter. No Gorilla Glass. No compass. But it goes over a week on a single charge, it is perfectly optimized for voice connections and text messaging, and it gets coverage where others don't. And the most important: it does not make me look at it every 30 seconds so now I have more time for reading books, meeting friends and spending invaluable time with my family.

Let's see how long it is going to take before first withdrawal symptoms come up. I know that for some of my readers, living in so called "real world" must be quite challenging. Yes, it is a scary world, without all these online buzzers, reminders and blinkers - but I am holding up.