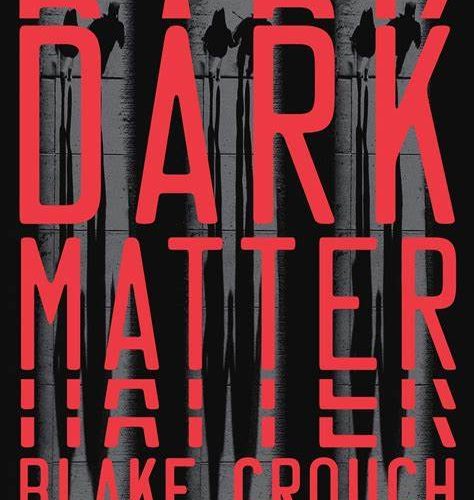 Erwin Rudolf Josef Alexander Schrödinger died in 1961. Even assuming the cat was a long-lived Siamese breed, the beast has been dead for at least 40 years.

Jokes aside. The thought experiment about a box with a cat that is both alive and dead is an attempt to shift quantum effects scale from micro to macro. So far - just a thought experiment. So far it has not been possible to observe quantum phenomena with the unaided eye.

Jason, the main character in the "Dark Matter" novel, builds…

Nope, I'm not telling. I would give away too much.

In the first chapter, Jason makes a trip to a nearby grocery store for wine and snacks - it's Thursday, and Thursdays in Jason's family are, well, family Thursdays. So wine and snacks.

On his way back home, Jason is kidnapped by a mysterious stranger who first makes him drive a long way (taking away his phone first), and then makes him strip down, injects him with some mysterious potion and finally throws him into a Big Box and locks it for good. Jason loses consciousness, and when he wakes up…

All right, enough spoilers. If you want to find out what happens next, grab the book.

Blake Crouch - just like in the recently reviewed "Recursion" - does not impress at first. The first few dozen pages - which is more or less what I described above - are not very captivating. From the moment Jason wakes up though, it gets more and more interesting.

Crouch started with the idea of Schrödinger's cat (more or less) and stretched it to impossible infinity. Each successive chapter reads better than the last. The ending (roughly the last 20% of the book) is full of surprises. The author shows quite a lot of creativity and a story seemingly already closed (and explained) suddenly gains additional momentum.

I think the ending Blake served us is the only logical one to get out of this quantum jumble. Even though I managed to roughly foresee it long before the end, I still find it very amusing.

Also, as I learned from the afterword, they are going to make a movie based on Dark Matter (or maybe they already have?). I'll have to dig deeper into the subject. I'm curious to see how they are going to transfer all this quantum turmoil to the screen.

It’s very hard to distinguish between someone being brutally murdered and kids playing if you go by sound alone.~Shower Thougths