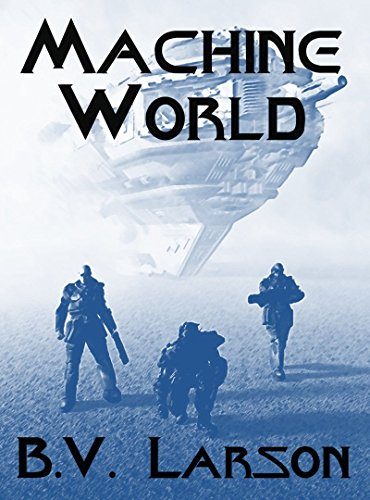 I didn't manage to finish the fourth part of "Undying Mercenaries". After quite a start, when McGill takes part in an exam for a higher position (a classic set-up organized by those who hate him and would like to see him permanently dead), the whole team lands on a planet where, as part of natural evolution, a civilization based on metal, fuels, coils, capacitors and so on has emerged. As the title says: a world of machines.

And this is where it gets… simply boring. There's of course political games between the legions, McGill still can't decide which maiden is for him, so he tries each one to the annoyance of the others. Apart from that, a few sparky characters from volume #2 return, but overall nothing extraordinary happens.

If you buy a used prosthetic hand, you bought your third hand, second hand.~Shower Thoughts