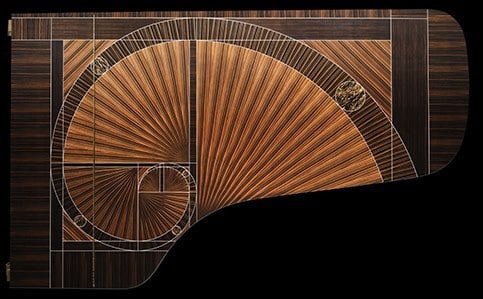 While surfing the Internet I recently found an interesting (although completely incomprehensible) proof of a conjecture stating that 0, 1, 8 and 144 are the only perfect squares in the famous Fibonacci sequence.

And - as I did many times before - I pondered over how much the modern mathematics is distant from what schools teach us. My almost 20-years long curricula covered basics of logic and algebra, a bit of calculus (including a pinch of definite and indefinite integrals), matrix theory, bases of planimetry and stereometry, a tad of statistics... yep, this is basically it. No tensors, elliptic curves, set theory, rings, homology, groups or topology. Very basics of complex numbers algebra. No graphs, game theory, stochastic processes nor any other of fartillions of topics and areas which I read about every now and then. Long story short, our maths education is stuck somewhere between 13th and 17th century of the last millennium, and there's no prospects for improvement.

Thus my attempt to understand the proof of the above mentioned conjecture gave me an immediate headache (I got stuck straight away at the very beginning due to the lack of understanding of Frey curves not to mention some other weird terms) then I finally gave up on the following page - as it stands, you need to read and understand five or six other very complex proofs which are in turn based on some other eggheads' work... Again I realized that if you don't have a proper "mathematical brain", you shouldn't even bother to start with the complex contemporary stuff. You can pretend to be a smart-ass but when the shit hits the fan, you will realize your zero knowledge immediately.

It is a bit sad. But just a bit. I'm now back to watching funny cats.

“It totally sucks” is a great review for a vacuum cleaner.~Shower Thoughts